The Vikings came to SVPS on Wednesday! Year 2 had the most informative and exciting day and we are grateful to Peter the Viking who led the day in such an inspirational way. Throughout the day the children learnt how to make a shield wall, what foods they did and did not eat, how Vikings lived day-to-day and that they were actually cleaner than their Saxon counterparts as they took weekly baths! Peter retold myths of the Viking gods – did you know there were 22 of them? He set out a map of where the Vikings believed that gods and humans lived and introduced us to many words that we have to thank the Vikings for – our favourite was cake!

There were many artefacts for the children to hold, wear and investigate and they discovered how to tell a wealthy Viking by the colour of their clothes. A fantastic day on which to begin our topic for this half of term and one that will live on in our memories far beyond that! 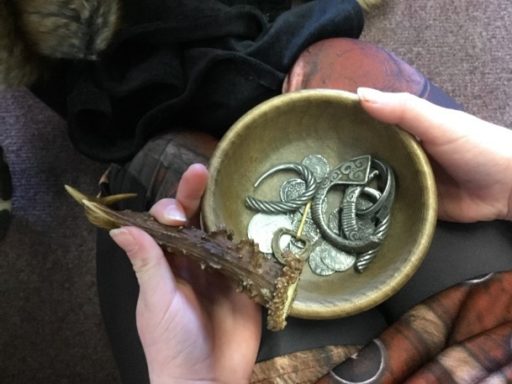 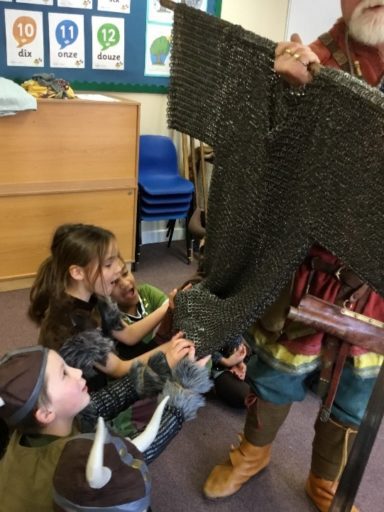