The day dawned sunny and fresh on Tuesday 7th June and the pupils of Year 2 were excited as they collected their appetising packed lunches from the Dining Hall and boarded the coach. Everyone resisted the temptation to break into their packed lunch on the coach; definitely not allowed, but why do we always feel hungry the minute we leave the School on a trip day?

On arrival at Battle Abbey, we made the acquaintance of Tim, who would lead us through the morning. In the armoury classroom, he chose our children to participate in role play in order to demonstrate the events leading up to The Battle of Hastings. The children produced some award-worthy performances and Tim was impressed by the depth of knowledge that the children possessed. Following that, we collected our shields (circular shields for the Saxons and kite shields for the Normans) and headed off to the site of the original Abbey for a re-enactment of the battle. We certainly learned how soldiers of the time needed to go into battle in all weathers. The heavens opened but our warriors were as loyal as ever.

We all felt a sense of history as we stood to read the stone that marks the place where King Harold fell in the battle. William the Conqueror dictated that it should be laid there. We were grateful when the rain ceased and took the opportunity to have our picnic in the enticing activity area. Clear skies did not last for long and so some sandwiches became decidedly soggy. Still, our resilient children were not deterred and after lunch, they explored the activity area.

The rain abated and held off long enough for us to take a tour of the battlefield and discover the many hidden secrets that told us even more about the events of 14th October 1066. Carvings of the members of the brave armies and stray arrows led us through the tale. As we gathered for the coach, the sun made an appearance and we said goodbye and thank you to the Abbey. 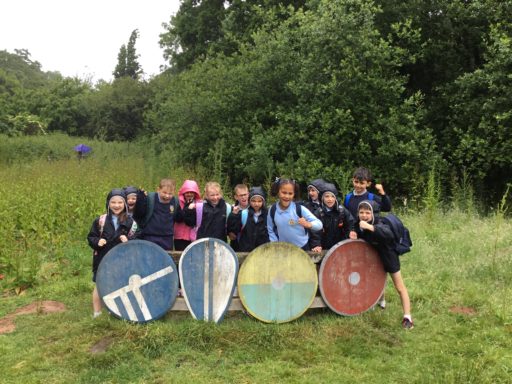 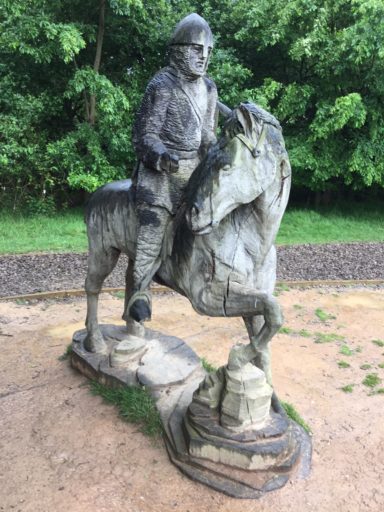