On Wednesday 25th May, our Fourth Form Army section was lucky enough to get the opportunity to experience what it would have been like for a First World War soldier on the front line, at the model trenches in Detling. Caitlin Calverley and Elizabeth Penfold have written a report on the day below:

Despite the gloomy weather, there was a sense of excitement on the buses. Following a short bus ride and being split into two groups, we were off to the trenches. After a short walk into the woods, we were shown an actual trench that was used to train soldiers that were going to be sent to the front line during the war. We were shown a realistic trench that British soldiers were expected to live and fight in when on the front line.

We also got told how they got props from film sets such as War Horse and 1917 to help set it up. Despite the poor weather on previous days, we were not deterred by the large puddles in the trench itself. We saw where the soldiers slept, ate and fought, as well as tools that they used, such as a gas rattle that they used to raise the alarm in the event of a gas attack. We then had a brief look at the German trenches that were remarkably advanced for that time. They seemed indestructible with their concrete sections compared to the British sandbag walls.

After an hour in the trenches, we swapped with the other group and were taken into a replica officer shelter that would have been ten feet deep. Here we were shown what things you could expect to be given as your uniform and what rations you would have been fed. We were then given the opportunity to try on the clothes and web suits and hold the weapons used, including an original grenade made for combat!

After a quick boot wash, just as the weather began to take a turn, we said our thank yous and goodbyes and we were back on the road to School. 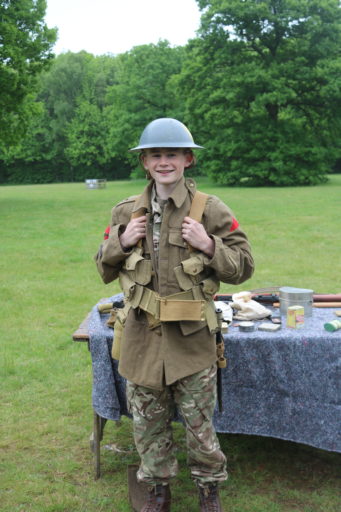 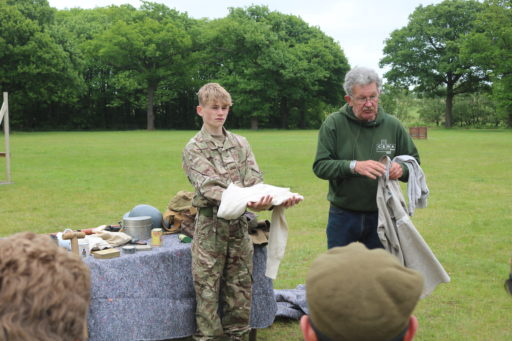 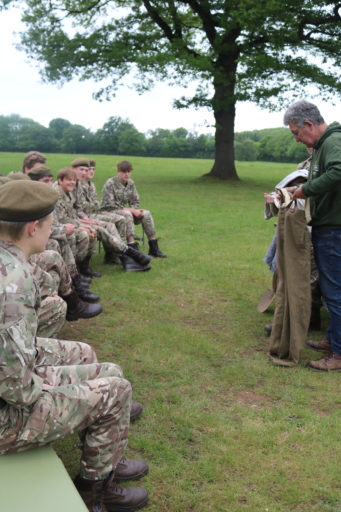