The Equestrian team had a successful day at the NSEA Duckhurst Farm Inter-Schools Grassroots and Show Jumping competition on the 16th February, over the Half Term break. Unfortunately, the team were down a rider due to an injury and therefore each pupil could only enter the classes as individuals. 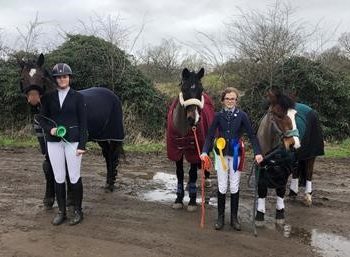