In a first for the School, Callum Davis and Daniel Wild (both Lower Sixth) have represented England against other Home Countries in a small-bore (.22) postal league match over the Easter break. Having been proposed by the School, their selection was decided by current shooting performance and match temperament, as expressed by coaches. Both Daniel and Callum performed admirably in the two cards that they shot each, scoring 190 and 192 respectively out of 200.

They contributed to England winning every competition by a comfortable margin. Shooting for England is an unprecedented achievement for an SVS pupil, and the boys should be proud of the effort they have put in this year to get to this standard. We look forward to seeing what they can achieve in the rest of their School career. 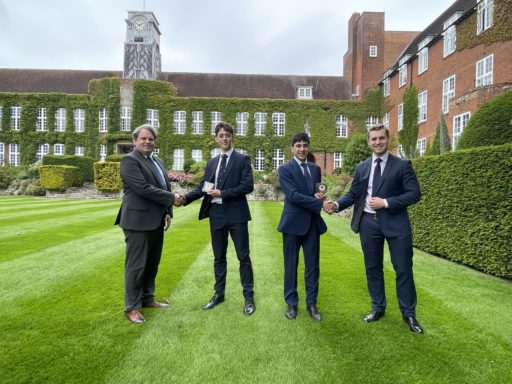