In assembly this morning, Mrs Skelly’s Year 5 Mathematics set competed against each other in a TTRockstar’s rock-off! The pupils were put into three groups and had to race each other. They had the extra pressure of the audience and cheering, but they all performed brilliantly! The winner of each group went into the finals.

In the final heat, the pupils welcomed a special guest from the Senior School, Mr Wellings, Head of Mathematics. The four pupils had to put their knowledge of times tables to the test. The final heat consisted of Finlay B, Shan H, Jan I and Mr Wellings. The heat was very close, but Jan was crowned our champion of TTRockstars! Mrs Skelly’s Mathematics set would like to thank Mr Wellings for being such as good sport and coming to visit them. 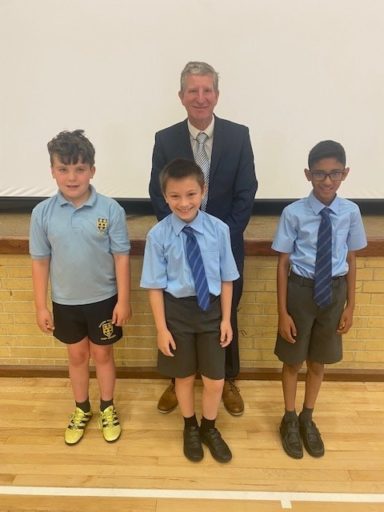 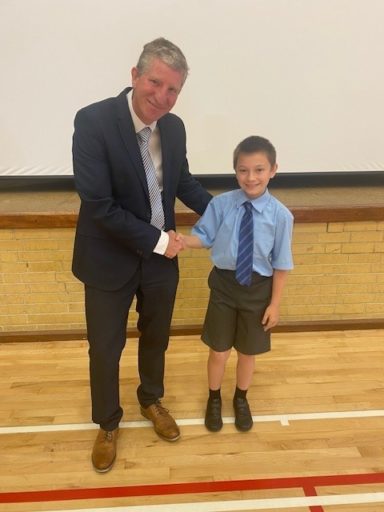 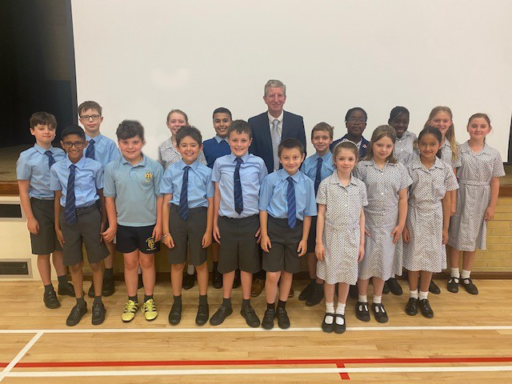