The Junior Production of The Wardrobe took place this week and received a warm response from all who came to watch it. The young cast, predominantly made up of First Form students, performed eleven scenes spanning some 500 years of British history, which all take place inside the same wardrobe; some funny, some tragic, others touching and thought-provoking.

This was the first Junior Production since 2019 and all the cast performed admirably. Some especially noteworthy performances were given by Sophie Petrie and Chester Livesey (both First Form) playing two Jewish children learning Hebrew in secret in a time when it was forbidden, Thomas Green (First Form) playing a 19th Century indentured servant, Lydia Alexander (Second Form) playing both a plague-stricken maid and a young conscript for the First World War, and Seren Lloyd-Jones (Third Form) playing a modern day teenager struggling with the impact of social media.

The production was stunning to look at, and slick and professional in its execution. These young performers are certainly worth looking out for in the future! 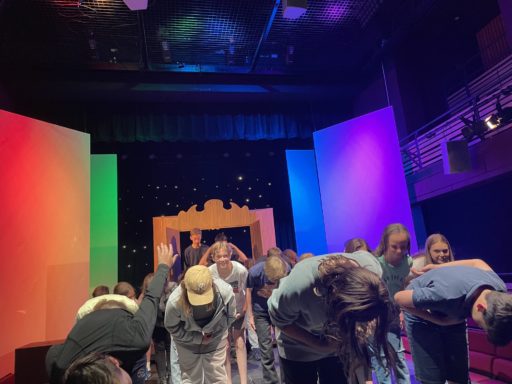