Recently, our Juniors have been decorating the garden in front of Westminster House to create a wellbeing garden filled with flowers, artwork and an abundance of painted pebbles. This is part of the Historic Houses England Tower of London’s Superbloom project and Wellbeing Art Challenge. Our Second Form pupils took a trip to see the Superbloom exhibit. Barnaby Dallamore (Second Form) has written a report on the trip below.

‘The Superbloom trip to the Tower of London was brilliant. After the long coach journey, we finally arrived in the great city of London. It was only a short walk, past bustling shops, and through the O2 until we had made it to the boats, where we sailed across the Thames. Now, the boat journey may have been an incredible experience for other people, but for me, I was on the edge of throwing up, but I will just talk about the positives! We sailed at rapid speed, bobbing up and down… and up and down. We sailed under Tower Bridge too.

Once we had arrived back on land, we were allowed some shopping time in the various gift shops and food stalls. Thankfully, it did not take long for me to recover from the sea sickness, and once I was back to my usual self, I looked around. Everyone bought some form of food, whether it be a lollipop or some overpriced chips for ten pounds. Even if they were expensive, they were delicious.

After shopping, we made our way to one of the main attractions: the Superbloom slide. While it was only a little tall, it was very fast. Sitting in a sack, we all raced to the bottom, sliding past each other at rapid speed. Even Mr Carr couldn’t resist having a go on it. After we all had about three go’s each, we decided to look around – and there it was, the giant Superbloom!

Hundreds of different flowers, each with their own vibrant colours, surrounded us entirely. It was beautiful! The bees and butterflies thrived in the blossom, each humming and buzzing. After the walk through the flowers, we entered the Tower of London.

We were instructed to visit these locations: the torture chamber, the Crown Jewels, and the White Tower. Each of these places was very interesting in its own way. The beautiful architecture of the White Tower and all of the suits of armour are very fascinating to see. It really allows you to imagine how the soldiers looked all those years ago. In the torture chamber, it is quite gruesome to think about all the prisoners who had cruel methods used against them. The Crown Jewels was the best part of the Tower in my opinion, as there were many different priceless swords and crowns. I was surprised to see how thick the vault door is, and how protected the jewels are.

On the way home, many people bought wooden swords at the Tower, and they played with them on the coach. The trip was a very interesting and enjoyable experience, and I would gladly go again another time.’ 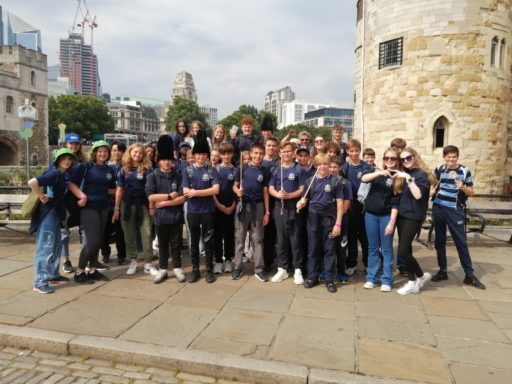 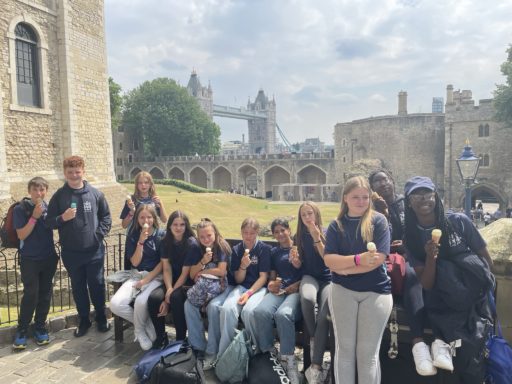 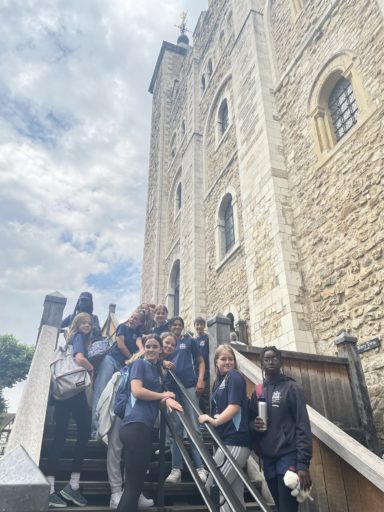 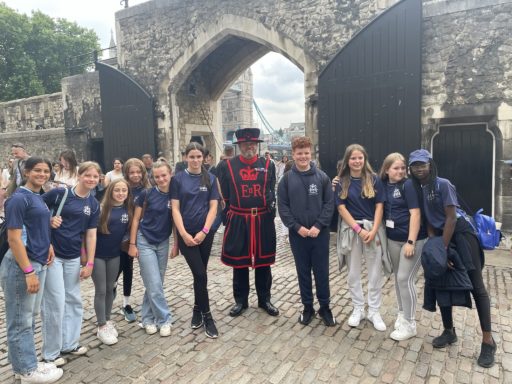 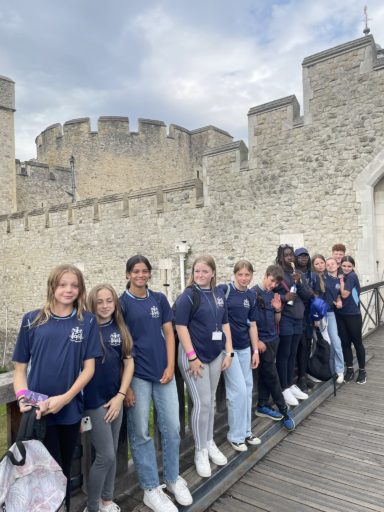 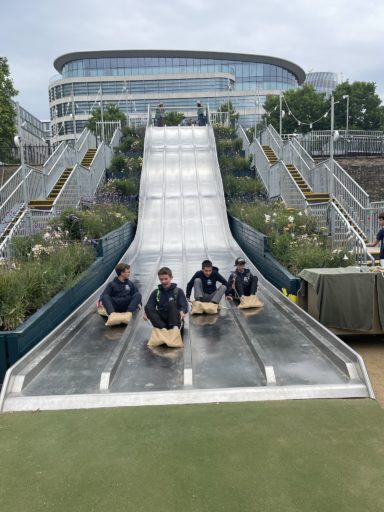