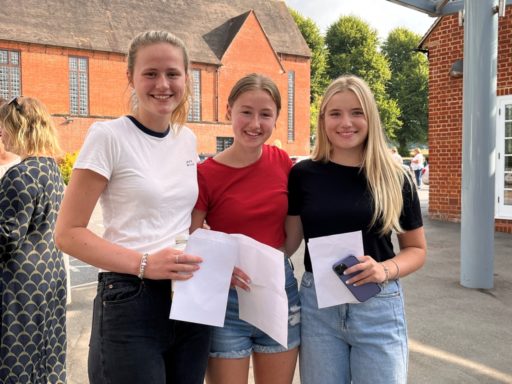 On Wednesday 9th June, we hosted the annual Richie Richardson Boys’ U11 Cricket tournament on Upper. This tournament is six-a-side, and each innings is just five overs long, with five players bowling an over each. This makes for an excellent, fast-paced game and is very inclusive.

We welcomed Ashford Preparatory School, Dulwich Prep, Hazelwood School, Hilden Grange Preparatory School, Holmewood House Prep (who entered two sides), Kent College, Saint Ronan’s and Yardley Court, along with SVPS. They were all delighted to have the opportunity to play tournament sport again, with all schools getting to play at least four games.

The ten teams were split into two groups of five and played some wonderful competitive Cricket, with Ashford, who were yet to lose a wicket, and Saint Ronan’s, who had the top score of the day (70!), progressing to the semi-finals as group winners. SVPS and Holmewood House A team joined them, having both finished in second place of their respective groups.

In the semi-finals, Saint Ronan’s overcame Holmewood House A by 26 runs, and in a nail-biting encounter, SVPS beat Ashford on the last ball of the game, winning by just one run!

The final was set up to be another exciting and close-fought encounter, with Saint Ronan’s unbeaten in the tournament so far, but it had been SVPS who had pushed them closest in their group game, where the margin of victory was just three runs. SVPS batted first, posting a total of 41 runs for two wickets. Saint Ronan’s were unable to chase down the total and finished seven runs short, on 34 runs for one wicket.

This topped off a great comeback for SVPS, but our three other semi-finalists should all be extremely proud of their efforts – any of the four teams could have finished victorious as they were all so well matched.

Well done and thanks to all involved, there was some amazing Cricket on display; a fantastic advertisement for the sport. We hope to see you all again next year!