This week’s prefect pieces come from Sienna C and Henry K (both Year 6). Sienna writes about her fascination with the Titanic and its tragic story and Henry describes his experience seeing osprey eggs on his holiday in Scotland!

During the Easter holidays, I demonstrated one of this term’s learning powers – Curiosity! I have always been fascinated by the Titanic and its tragic story so I decided to visit the Titanic Exhibition in London, on its 110th anniversary, to find out more about what happened on 15th April 1912, to the people on board and how scientists finally discovered the ship. Here are some intriguing facts you ought to know about Titanic and her catastrophic end: 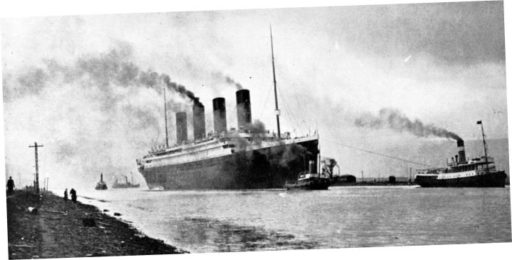 I was lucky enough to be able to spot some very special eggs over Easter! After travelling for ten hours to the Loch of the Lowes in Scotland with my family, we were thrilled to see a pair of ospreys protecting their precious eggs. Once we has spent some time looking from the camouflaged hide, we noticed the female osprey having a well-deserved lunch break of fresh brown trout – her talons were firmly wrapped around a huge fish she had just swooped down and caught in the Loch! The male osprey was keeping their eggs safe and warm awaiting her return. You can watch the ospreys live here. Here are some facts about this fascinating bird:

• Osprey are known as sea hawks
• The oldest known osprey was 38 years old
• They possess a reversible outer toe
• During their lives they can rack up 160,000 miles

If you would like to read a lovely informative novel about ospreys, I highly recommend Sky Hawk by Gill Lewis.