Preferring a healthy snack, a number of pupils love to tuck into a Pink Lady apple during their break and often one of the kitchen staff would put some aside for them, ensuring they got their treat at break time. A few weeks ago, Jenson Hurst (Fourth Form) was told by his mother that John Cripps, the creator of Cripps Pink (the original Pink Lady), recently passed away. Obviously, they were sad to hear the news but leapt on to social media and shared the news of his passing, paying respects to him and sending condolences to his family. The boys took to wearing one of the apple stickers, found on the apple, on the lapel of their blazers and it became a common sight around the School.

Jenson’s mum shared the posts with a friend who works for Coregeo, who work with breeders and growers and retailers across the globe to create and manage fresh produce brands (like the UK’s top two fresh produce brands, Pink Lady® apples and Tenderstem® broccoli). She was touched by this story and forwarded the messages to John Cripps’s daughter, and likewise, she was touched. The ‘Pink Lady’ team at Coregeo decided to send the boys a token of their gratitude for their kindness.

On the Monday after Half Term, a delivery was made to the School which included hundreds of wildflower seeds for them to plant and Mr Devine, Catering Manager, was surprised when a delivery arrived in the kitchens addressed to the boys. Three crates, totalling 240 apples had been delivered for them and a beautiful letter from the Pink Lady Team on behalf of Mr Cripps family.

The Chaplain Mr Davies has offered to bless the apples. The boys hope that they will be able to plant the seeds somewhere at School, helping bees and butterflies. They have obviously spent the week munching through apples and sharing them with students and staff alike, and after the weekend there will no doubt be various cakes and apple products courtesy of an apple-themed cookbook! 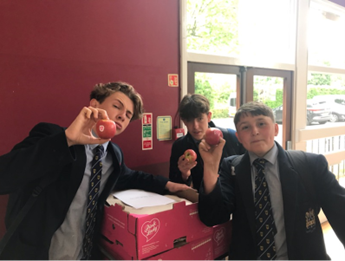 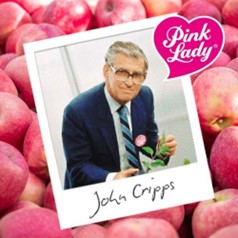 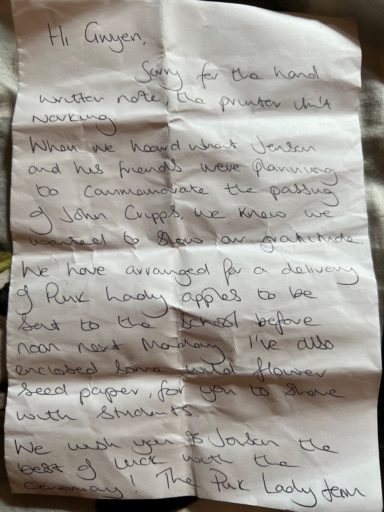