Olivia Q (Year 6) has been busy participating in the Kent Swimming Championship 2022.

Due to the cancellation last year, this campaign has been the first championship in which Olivia has qualified in the 10/11 age group.

The competitions were held over three weekends, in Dover and the Olympic pool in London. Olivia performed incredibly well having qualified for 11 events.

She now has a break from major competitions for a while and will be preparing for IAPS qualifiers in March and Regionals in April.

What an incredibly successful campaign Olivia, well done – we are all so proud of you! 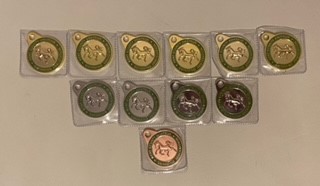