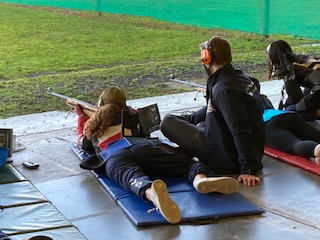 The SVS Shooting team left for Bisley on Saturday 4th December to attend the BSSRA Winter Open competition. The competition invited a total of ten schools, with 148 competitors for a day of excellent shooting. It was held at the Lord Robert’s Centre on Bisley camp, and was a 50-metre competition, over twice the distance of the school 25-yard range, requiring some swift sight elevations before firing commenced.

The team performed admirably for their first outing at a 50-metre range, with special mention to Daniel Wild for his score of 382.5, landing him fifth place overall and the top 16-year-old shooter. The Winter Open marked a fitting end to a strong term in SVS Shooting. We look forward to more CCF and BSSRA competitions next term.