Our Year 6 pupils have been very busy learning all about triangles. In their geometry lessons, they have looked at the different types of triangles. As part of this, they learnt how to build up a fractal triangle pattern. This Sierpinski triangle activity illustrates the fundamental principles of fractals, how a pattern can repeat again and again, at different scales, and how this complex shape can be formed by simple repetition. Each pupil made their own fractal triangle composed of smaller and smaller triangles.

Next, they cut out their own triangle and assembled them into a larger fractal pattern that replicates the same shape. Once the pupils had seen the way the pattern ​developed, they went to work building many tetrahedrons, also known as a pyramid, it is a polyhedron composed of four triangular faces, six straight edges and four vertex corners. The three dimensional Sierpinski model is named after the Polish mathematician Wacław Sierpiński. A lot of patience was needed for this activity, but the results were worth the time. 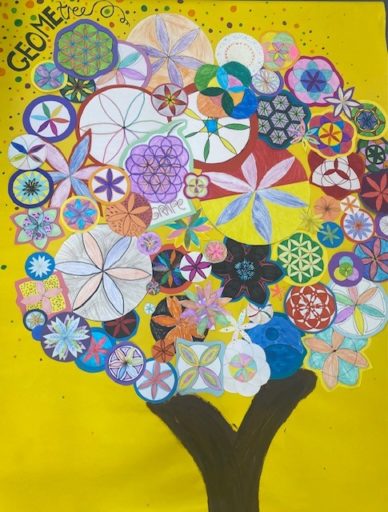 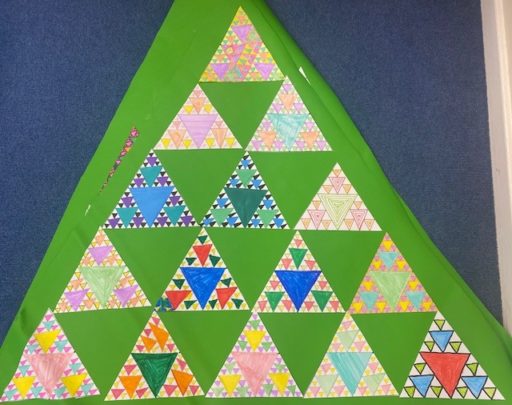 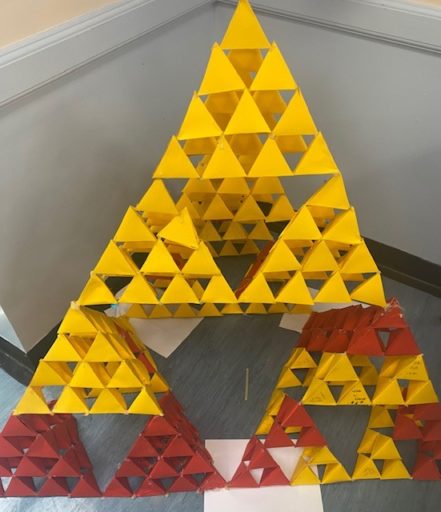