Springing Back to Live Performances 2022

Springing Back to Live Performances 2022 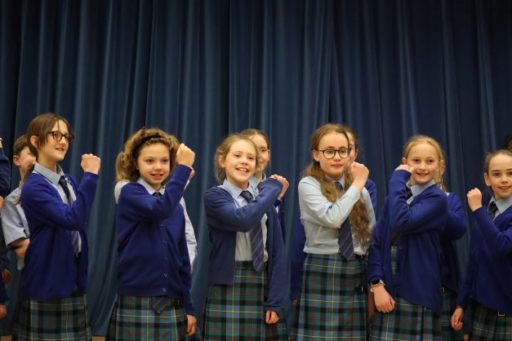 It was thrilling to see the children so excited about performing, at last, in front of a large audience again on Thursday 10th March. A buzz of anticipation built throughout the day as the final rehearsals took place for the Spring Concert. In a Bates Hall filled, for the first time in two years, with hundreds of chairs instead of a solitary camera, every child in Years 3 to 6 was involved. The concert, which featured not only the School’s instrumental ensembles but also choirs, was made up of all the children in every year group as well as the Junior, Senior and Chamber choirs.

Every group embraced the long-awaited opportunity to show what they have achieved since they were last able to perform to a live audience, and they did not hold back. A range of styles made for a variety of moods as the concert progressed. The Year 3 children entertained the audience by singing about the colour spectrum and the internet rules that they know so well, while Year 6 summoned up the intense emotions associated with protest and resistance in their rendition of Labi Siffre’s Something Inside So Strong. Stage and screen were not overlooked either, with Year 4 giving a sneak preview of the Robber’s Tango from their performance of Hansel and Gretel and Year 5 embracing the power behind the words in Go the Distance from Disney’s Hercules.

The instrumental ensembles took us on a journey that embraced America, Ireland and Africa, as well as film (with Finlay B (Year 5) featuring as a soloist in the Senior Guitar groups performance of the James Bond theme), classical greats (the Clarinet groups performed Beethoven’s Ode to Joy) and contemporary pop (with the ukulele group playing Radioactive from Imagine Dragons). The Junior guitarists demonstrated their ensemble skills playing the 12-bar blues and the Junior Choir communicated their love of singing wonderfully with a performance of Little April Shower.

Fittingly in these uncertain times, the Chamber Choir sang of peace, with superb solos from Xanthe B (Year 6) and Alice W (Year 5), as well as letting their hair down with a number from Joseph. A highlight of the concert, anticipating St Patrick’s Day on 17th March, was the whole School giving a very moving performance of Danny Boy. In recognition of the Queen’s Platinum Jubilee this year, the Orchestra played the National Anthem and then Years 5 and 6 came together to perform Sing, which had originally been written for the Queen’s Diamond Jubilee back in 2012. The sheer enjoyment of singing together was evident in the children’s faces, bringing the concert to an uplifting close.

Well done Years 3 to 6 for all your hard work that went towards making this such a memorable event – congratulations! 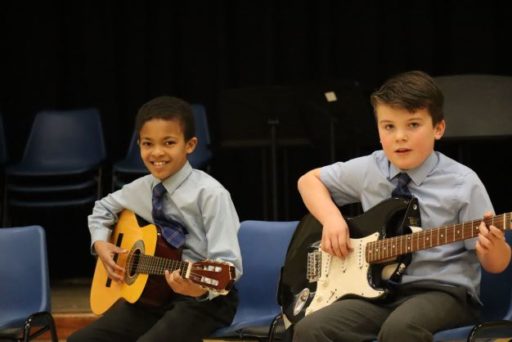 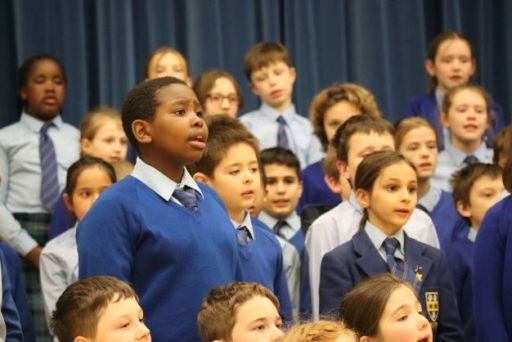 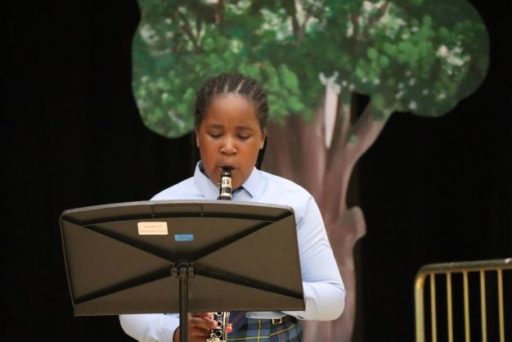 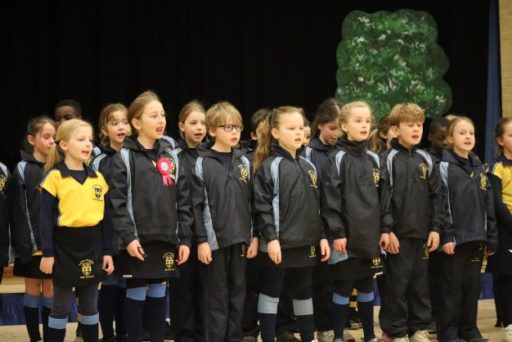 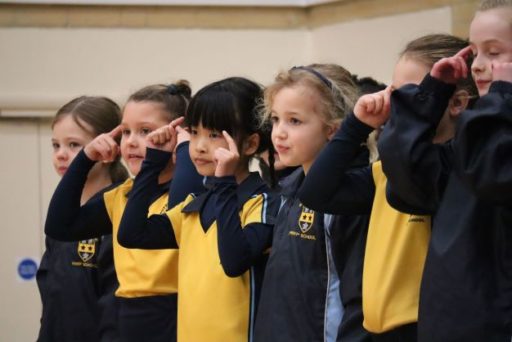 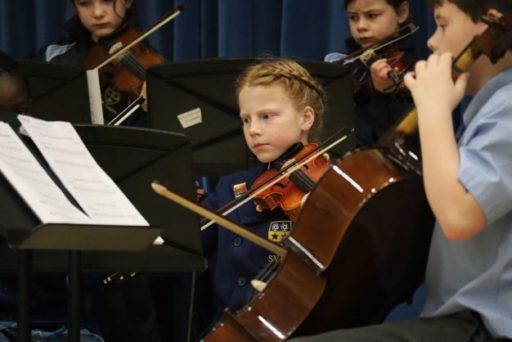