A sneak preview into our annual Art and Photography Exhibition which will be open to the School community on Saturday 2nd July...We look forward to seeing you there. https://t.co/Zaz4k7YLlr 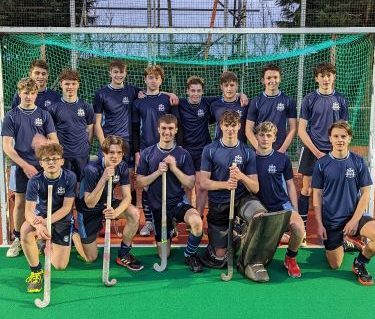 On Thursday, the 1st XI Boys’ Hockey team travelled to Canterbury to compete in the prestigious Frank Mason memorial tournament.

Mr Braddick reports on the day below:

With 17 other schools entered, we anticipated a high standard of hockey and we were not disappointed. There were four pools and four different venues, with the top two schools from each pool going into the cup round, and third and fourth moving into the plate round.

Following a slow start, the squad struggled to get into their groove and finished third in the group stage.

A lengthy and enjoyable lunch break (thanks to the delicious packed lunch provided by our amazing Catering department) meant the boys were rejuvenated and ready to take on the plate competition.

It was in the knockout stages that the team finally rallied and brought their hockey skills into play as they began to move the ball around, trusting one another and moving the opposition, whilst also defending with resilience as a solid unit.

Well done to all involved!