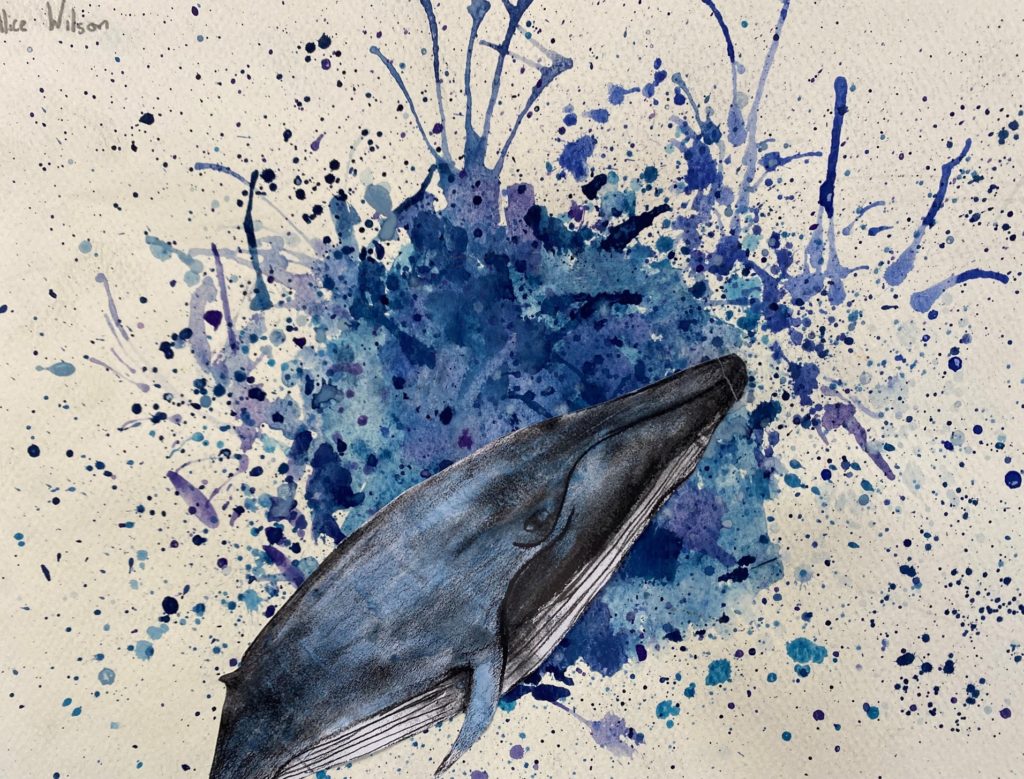 Our Year 5 pupils have been researching endangered animals as inspiration for extending their drawing skills. Using pencils and applying their tonal variation and textural techniques, they drew their chosen animal in detail. Researching their animal, ensured that they became familiar with its habitat and threatened status. The World Wide Fund (WWF) was their fountain of knowledge and the children were amazed at how long the endangered species list is and even more concerning, how many animals are critically endangered.

The nonconformist drawings of endangered animals by cartoonist Ralph Steadman were inspirations for creating expressionist backgrounds for their animals. The pupils experimented with Jackson Pollock-style paint splattering and mixed media to create eye-catching environments, albeit abstract, for their endangered animal.

Together all of the pupil’s endangered animal artworks reflect their thriving drawing skills and hero the WWF’s aim to save vulnerable species and create a thriving world for years to come.