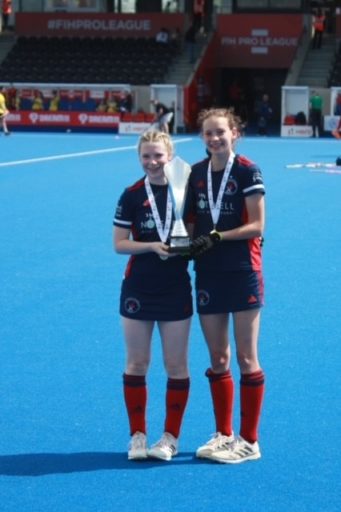 Elizabeth Burden and Evie Smith (both Third Form) were in action at Lee Valley again this weekend for Knole Park Women's 2s, in the Tier 4 National Cup Final against Goborne. The match finished 5-0 to Knole Park with Evie scoring goal number three. Congratulations to you both! https://t.co/sLeJGBETlT

It is with great pleasure that we are able to announce the promotion of several Royal Navy Cadets, who have transferred from Able Cadet to One Star.

Daniel Booth, James Ellaway, Benjamin Reid, Alfie Stratton and Jack Walsh (all Fourth Form) continued to work hard throughout the lockdown to ensure that they have covered all 14 tasks set by the CCF, including Ships and Submarines, Advanced Ropework, Ceremonial Flags, Communications, Piping and Buoyage.

Isaac Forknall (Fifth Form) has been promoted from One Star to Two Star, by continuing his research and developing his leadership skills, culminating in delivering a very well-planned and resourced lesson on Weapons of the Royal Navy.

Congratulations to all cadets.