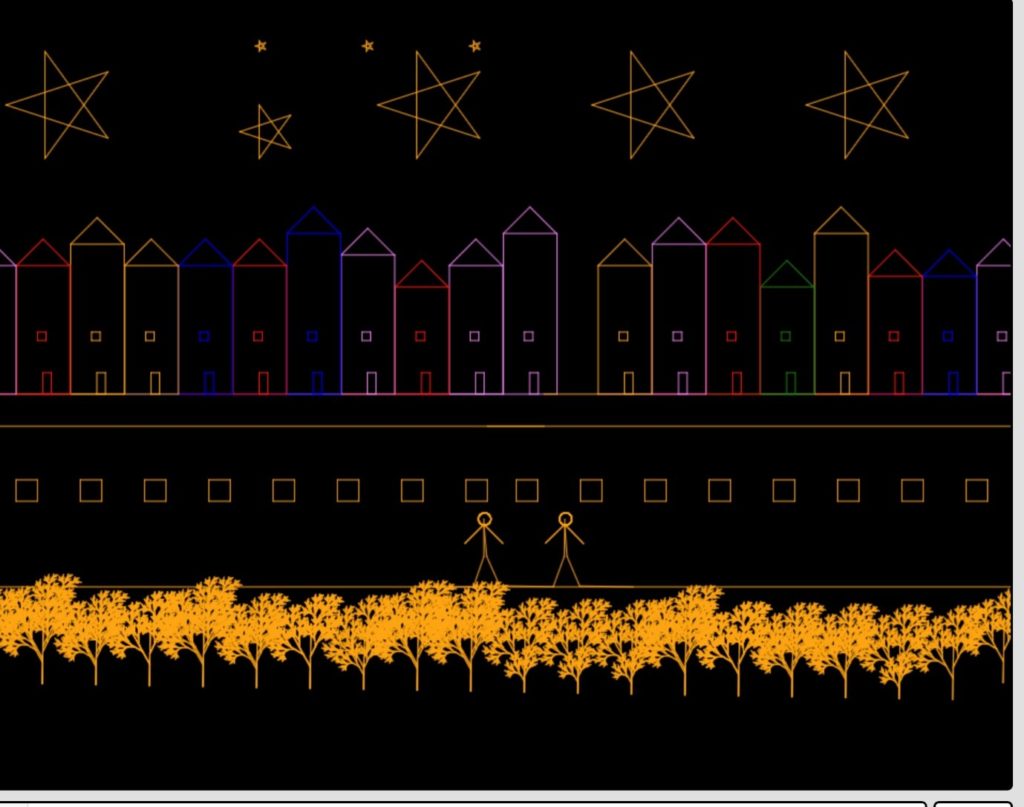 In the Lent Term, the Second Form learnt how to code in ICT, using a language called Logo. Initially, the students learnt to code simple shapes, using mathematical skills to determine angles, producing triangles, hexagons and, finally, circles. They then progressed to developing some understanding of subroutines and how this can enable their code to be much more manageable and readable. It is always a pleasure to teach this unit of work, as a student who may struggle with other aspects of ICT, can flourish and show great creativity and independent learning.

However, Bertie clearly understood the process of writing small subroutines and then joining them together to produce his final assessment. Students were given the challenge of drawing a house and then trying to create a street of houses. Some managed to produce a row of identical houses, some added colour and some had houses of different sizes. Bertie did all of this whilst adding random colours, stars, people, a road and trees. He incorporated sophisticated coding such as the use of variables, loops and as mentioned subroutines.