Tyler Weekes (Upper Sixth) gave a powerful speech during the Headmaster’s Assembly today, where he describes the National Vase final at Twickenham and the squad he captained on the day.

After winning in the semi-final of the National Vase, we were delighted to have made it to the final. The journey to Twickenham was something extremely special, from getting on the bus to coffees at the services on the way, it all made the day that little bit more special. Entering Twickenham, looking up at the stands we felt immense pressure, which was soon taken away by the energy that the 1st XV showed in those excellent facilities. From warming up, to being strapped by the physio, it was all starting to feel that little bit more surreal.

Leading the team out onto the hallowed turf of Twickenham is something that I will never forget, and from the kickoff, the heavens opened and we knew we were in for a tough game. The spirit of rugby could never have been stronger on Wednesday, and the relentless efforts in attack and defence showed this, from Jenson’s excellent catching from the back, allowing us to stay on the front foot, to Jacob’s carrying ability to bounce people twice his size, all of these were just small parts of what was a very special game of rugby.

The beginning of the game was very back and forth, with tough conditions there were many errors occurring, however, SVS began to gain control of the game, allowing scrums to be won, and pressure beginning to pile onto the strong Mount St Mary’s side. This back and forth of possession was there for a large amount of the first and second half, but with glimpses of excellence, from Tom breaking the line, to Alex’s dump tackle. The boys were excellent throughout. Players like Pip adapting to a new position allowed for us to gain territory on more than one occasion with some kicks down the tramlines in order to stay on top. Luckily for us, there were no headers of the ball from Oscar, or Josh being bounced, everyone was on top form.

The score at the end of the first half was sat at 0-0 – this was extremely tough for the lads and as the commentator said, “thankfully I’ve never been in a position of no score at half time”. The boys piled on the pressure at the beginning of the second half, from Josh making some big try-saving hits, and Edwin and Oliver both putting their bodies on the line with some excellent tackles and high ball catching respectively. This sowed the passion and the hunger that the boys fought with on Wednesday.

Never have I ever witnessed such passion and drive through the defensive effort that was put on the Mount St Mary’s side for 15 minutes where they were relentless in attack, but we were wolves in defence, not allowing them to score a try. However, at the end of those 15 minutes, there was an unfortunate take from their 10, where he was able to slot a drop goal, making the score 3-0 with six minutes to go.

The boys pushed hard, and with Nathan injured, we were in a rut, the boys pushed hard in order to get those last six minutes, but unfortunately with ten seconds to go, they had a scrum, to which they pushed hard and managed to get the kick away in order for them to win the game. The game ended 3-0 to Mount St Mary’s – a tough day but proud of all who played and, of course, wishing Nathan a quick recovery.

When I was writing this speech, I tried to think how to sum up what, for me, has made leading this SVS 1st XV team so special and then I realised – the School’s core rugby values are summed up entirely by England Rugby’s core values of teamwork, respect, enjoyment, discipline and sportsmanship, where we are generous in victory but dignified in defeat. We hope you saw these values within the squad on Wednesday, and in some small way, we have inspired some of you to be the next generation of 1st XV players.

We didn’t achieve what we all dreamed of on Wednesday but Rugby is more than just trophies. Losing on Wednesday was a hard one to take but our National Vase journey has made incredible memories for us as individuals, for our coaches and for Sutton Valence School and for that we are ALL winners.

On behalf of the team I want to thank Mr Howell, Mr Dawling and all of the teachers that have supported us along this journey and we also want to thank you and all your families and friends that came to see us play and gave us such incredible support from the sidelines and helped us to make these amazing memories.

I am immensely proud and honoured to be at Sutton Valence School and to have had the opportunity to captain these legends. I would like to thank the boys for everything, what a special bunch of lads they are. I hope that in years to come, this year’s team will be making a journey to Twickenham to support the next generation of SVS 1st XV players. 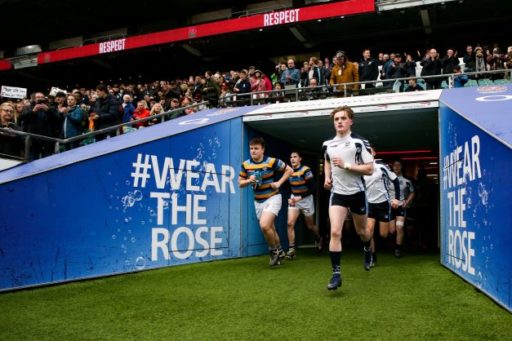